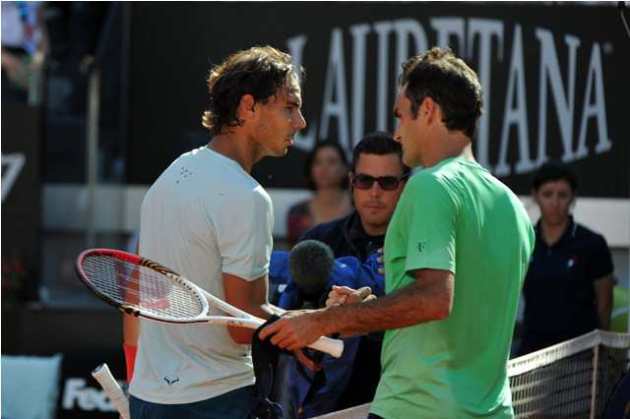 The elite season finale presents us the biggest rivalry in the world of tennis over the past decade and all the fans were thrilled and can’t wait for the result. The match gave us 7-5, 6-3 incredible scores of Nadal and Federer on Sunday afternoon at the World Tour Finals at London’s O2 Arena. Some says it is in fact a clash of the titans but without a doubt Nadal gave his 101% performance for his win. The comeback player of the year leaves no room for Federer to prevail whereas the latter need to assure his self to be at his most excellent act in order to be the victor but still failed.

Even so, Roger Federer feels like an underdog because of the situation as if you can remember the number of Nadal’s win over Federer extends to 21-10 and to 7-6 on hard courts. Furthermore in the game, Nadal showed his solid shots and Federer could not come up with it. He made an effort to stay consistent but had a hard time truly Nadal deserved his win. Now Rafael Nadal is one win away from getting the trophy will he be able to take hold of this remarkable chance? What do you think?